SEIKO's digital generation of world time watches saw several intriguing iterations of the reference city usage and notation. In some versions the cities are listed as abbreviations, in others full city names are used. Some versions show time zone offsets, others do not. In most versions the world time cities read clockwise, but with the A239 they read counter-clockwise.

These models provide a portal back in time, to an era when watch technology was perhaps evolving faster than the geo-political landscape.

Cities that started on the original bezel but were eventually dropped

Cities that were added after the original version

The International PAN AM

The inaugural digital world time came in two versions, the M158-5009, intended for the North American market, and this M158-5000, for the rest of the world. This international version dial frame came in only one color, black.

The North American PAN AM

The M158-5009 dial frame is almost identical in terms of city and time zone counts. There is one change with the reference cities:

The other more obvious differences are that the cities are abbreviated and the time zone markers include hour offset notation.

This version was produced in both black and gold frames.

In 1979 SEIKO again updated the cities dial frame for the new A358 series, replacing the M158.

This new series of watches maintained the abbreviated city names used on the M158-5009 with the following changes:

In 1979 SEIKO released another Digital World Time alongside the A358. This is a unique watch in the Digital Generation, with no direct predecessor or successor.

The dial frame on this watch was re-imagined. Because there was a full map screen on the watch display that handled the selection of time zone, the reference cities around the edge of the dial are less important. GMT/London moved to the bottom of the dial frame, and the time zones are marked around the dial counter-clockwise. This is opposite of all other watches in this series.

Compared to the A358, we see slightly more simplification in the marked reference cities.

In 1984 SEIKO started production of the A708, a budget world time option without alarm. This watch was produced through 1988. It is the successor of the A358 and reminiscent of the original M158-5000 in case design and size.

The dial frame on this version returned to full cities names, at least on the 5000 models. There are 5010 models, but no photos have been found as of this writing.

In 1984 SIEKO produced the A718 models as premium alternatives to the A708. These watches are exceedingly hard to come by. Unlike the A708, the dial frame cities are again abbreviated.

This model is referred to as the Frankenstein, in part due to the prominent pushers, reminiscent of the pegs in Frankenstein's monster's head and neck, and in part because this is the first model to include Germany (Frankfurt) as a reference city.

The changes compared to the A708 include:

The A718-5030 is an alternate version of the A718-5010, with a different case, a juggling of the functional indicators, and the removal of the prominent SPORTS 100 label at the bottom of the dial frame.

This version is often referred to as the "John Cleese", after the actor who wore it in the 1986 film Clockwise.

There is just one small change was made to the reference cities:

Based on cataloged production numbers, here is a list of dial frames by production rarity across the series.

NOTE: the rarity of a specific dial frame is based on the following calculation: 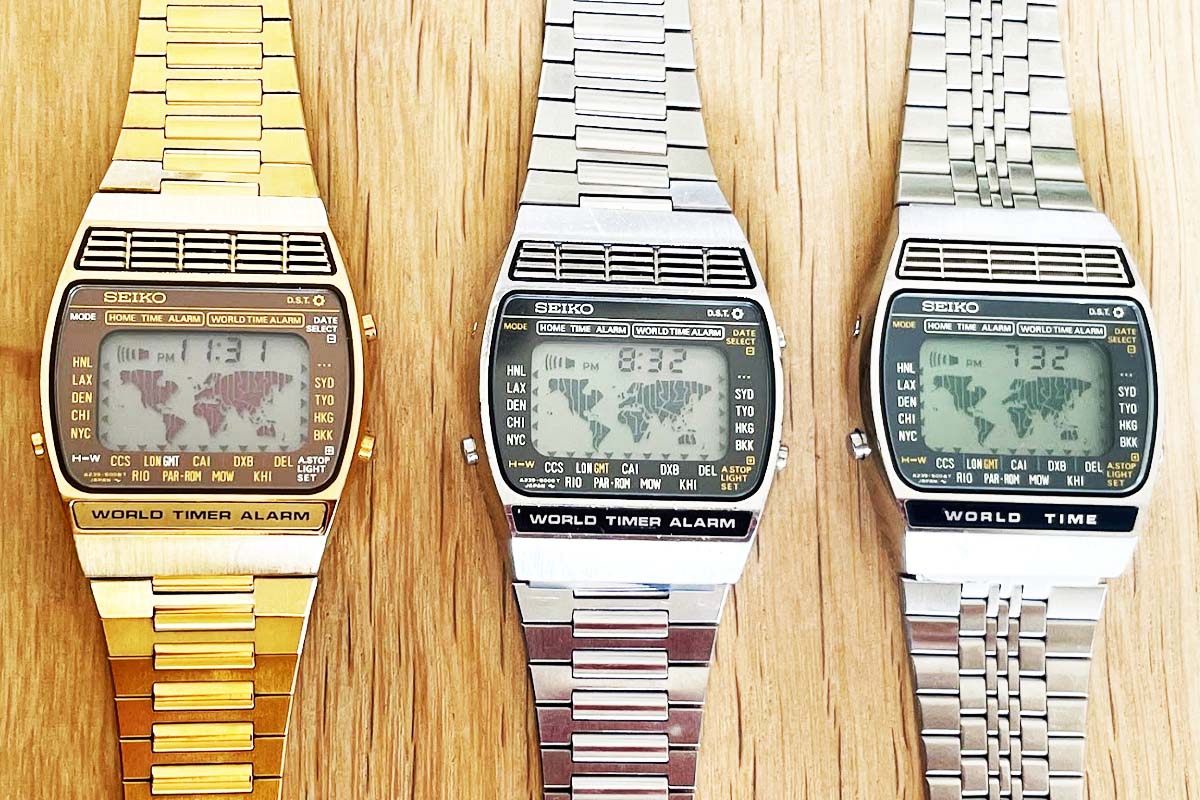 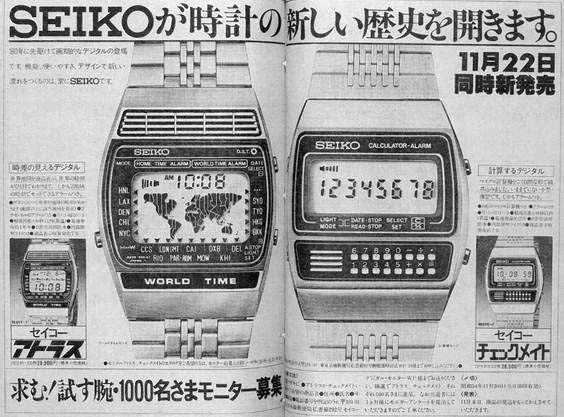 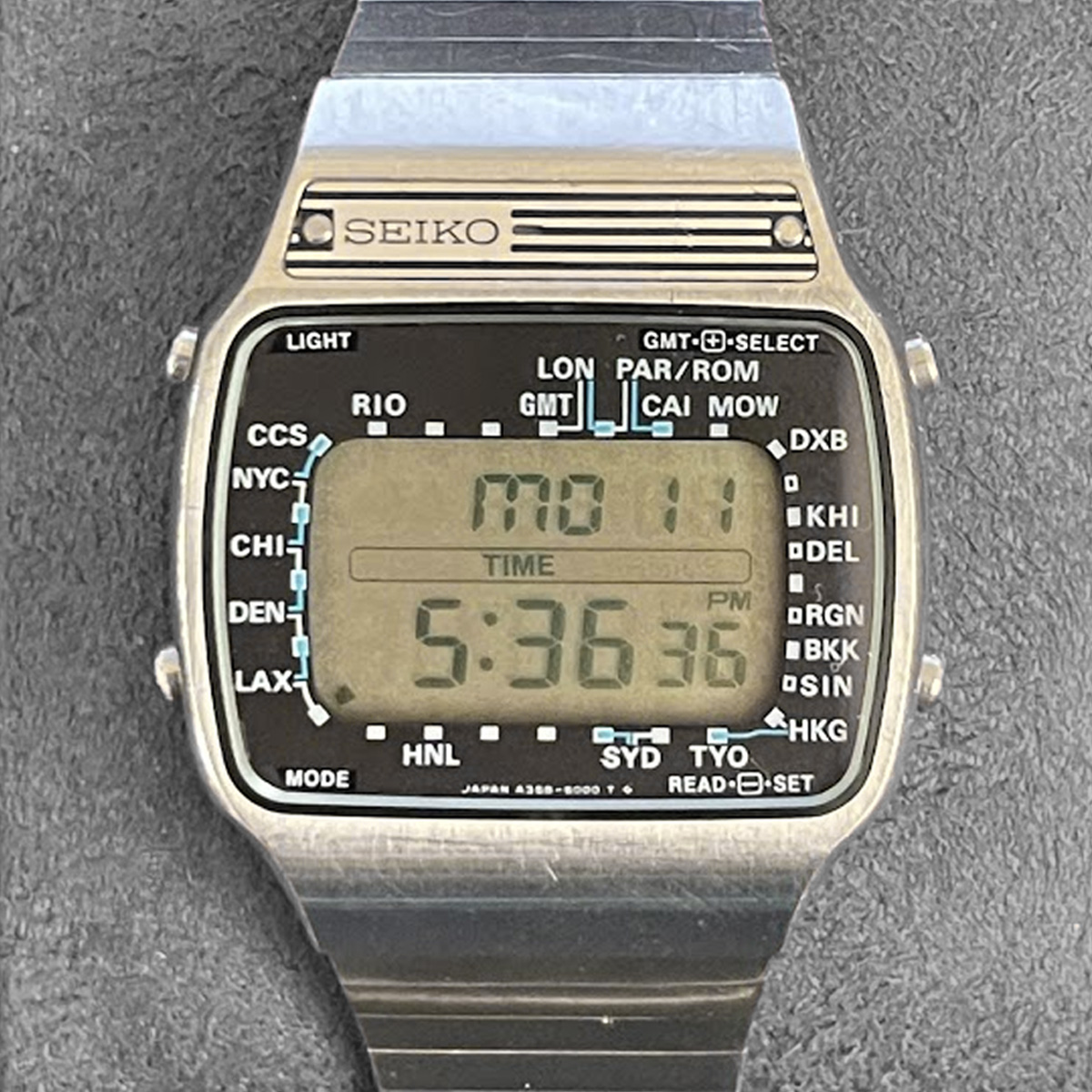 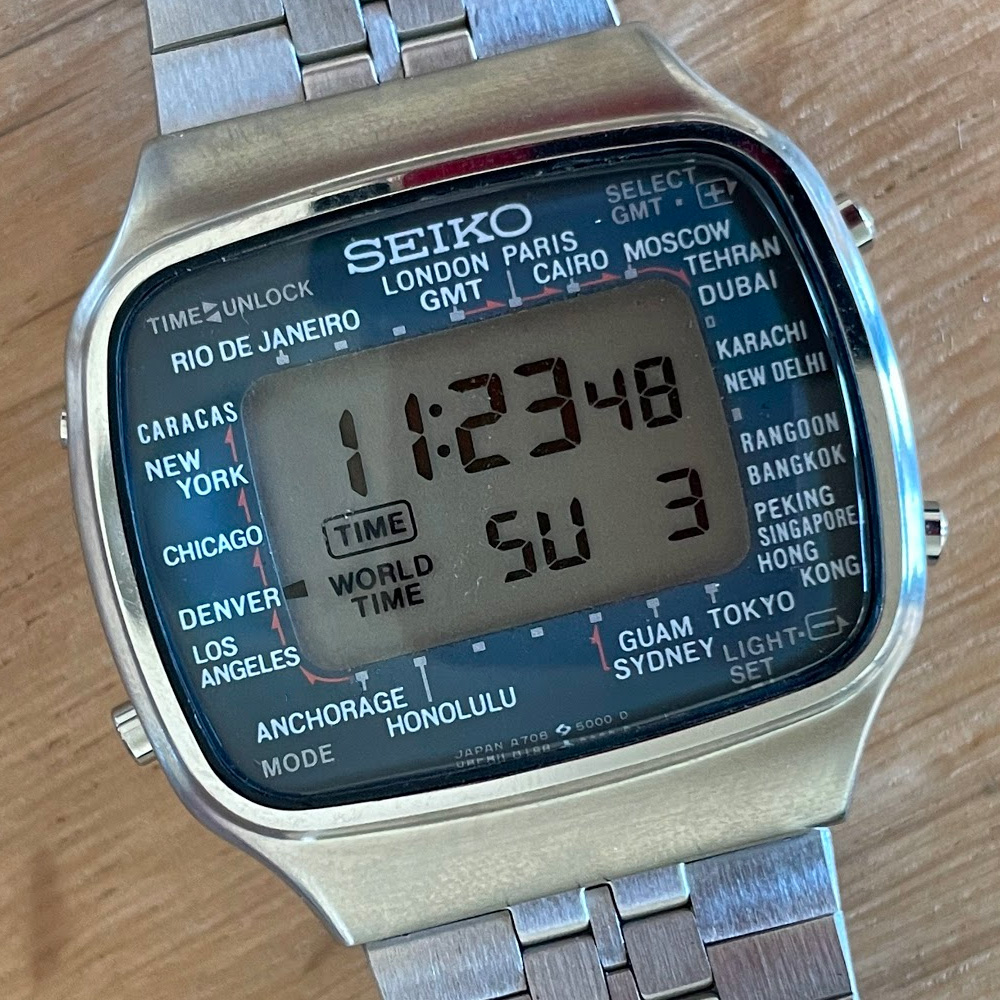 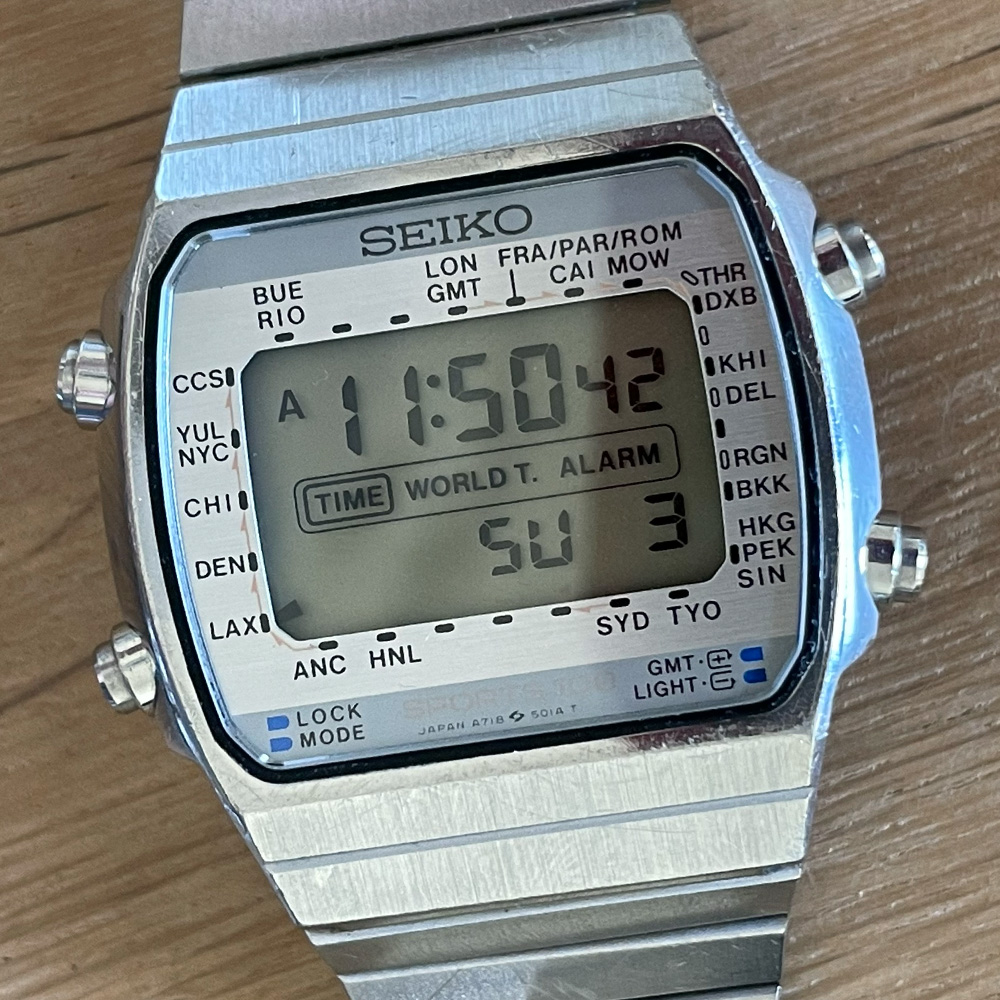 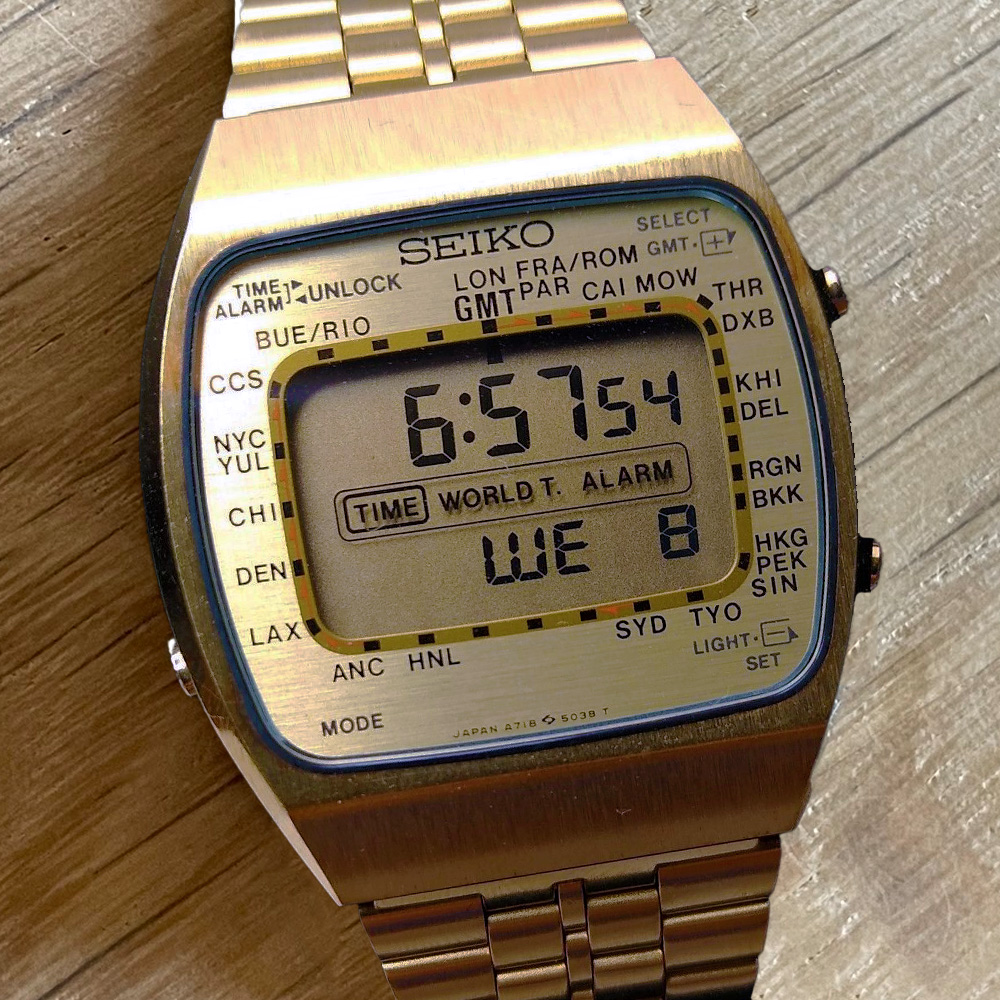 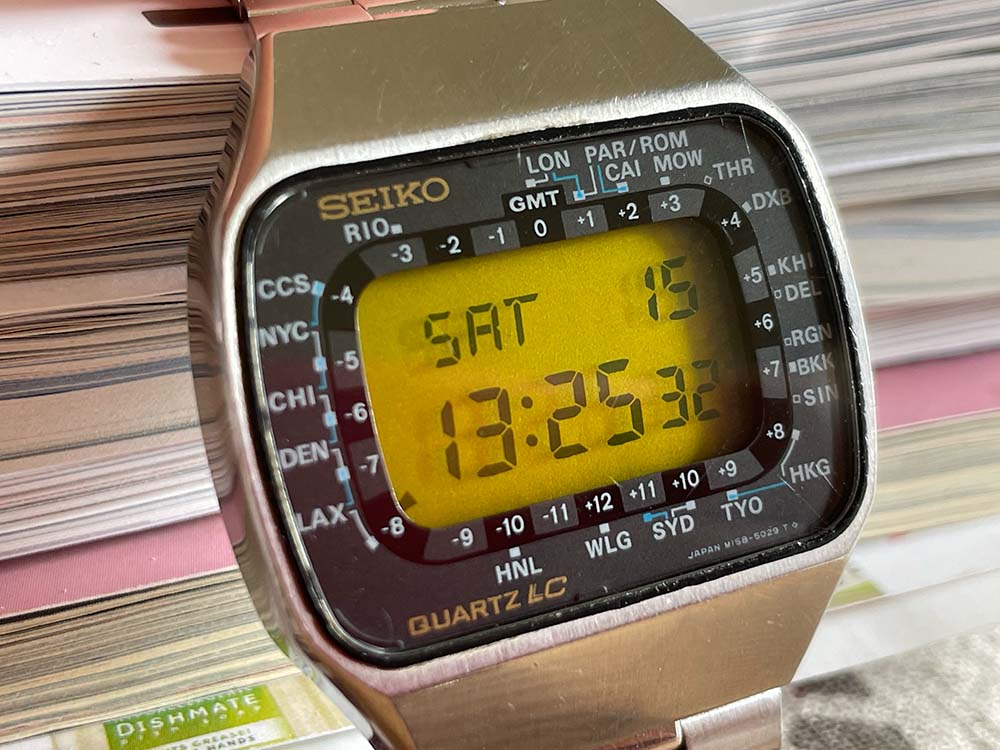 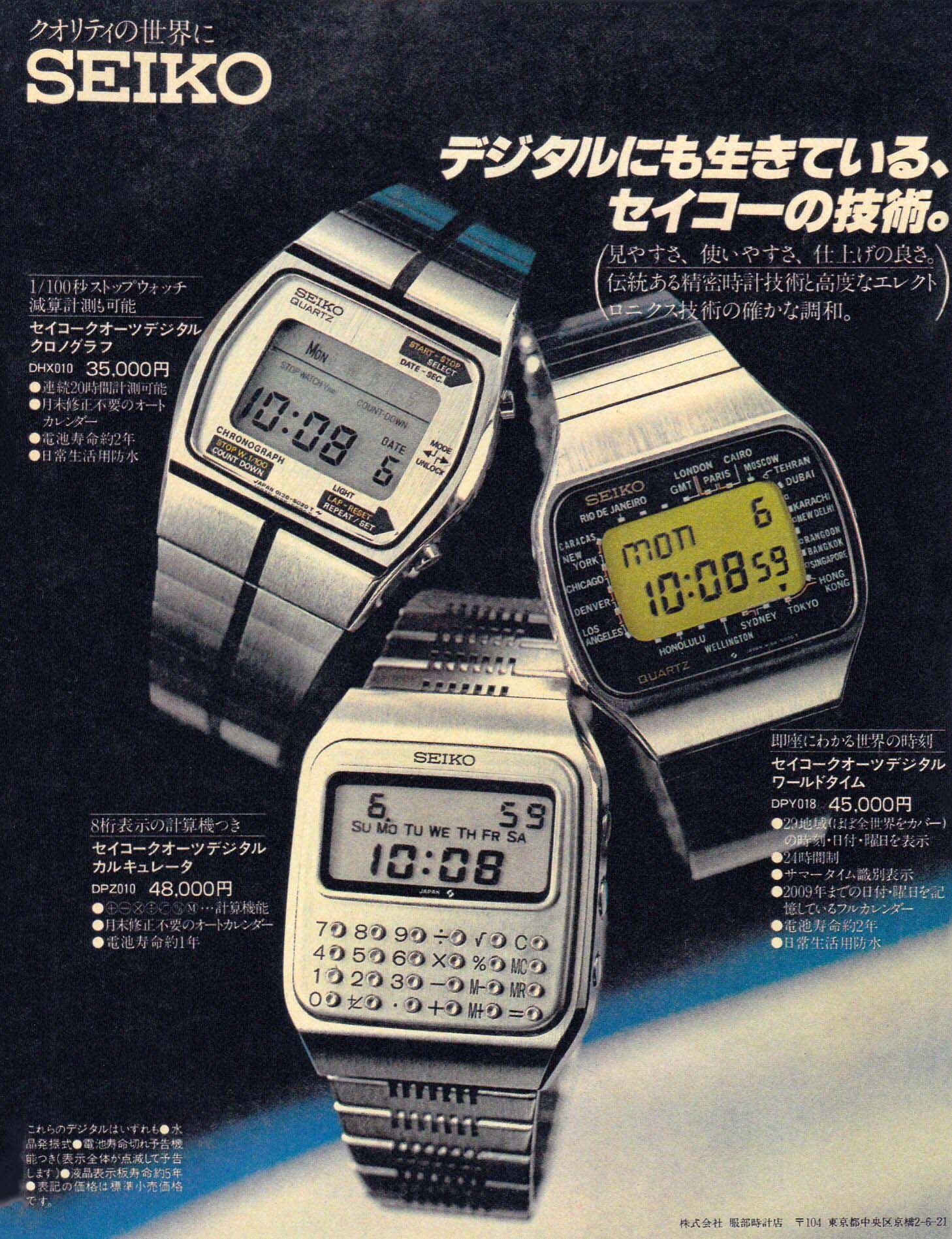